A dynamic economy, good growth prospects, political stability, consumer confidence, strong occupier demand, rising rents: what’s not to like in Germany today? No wonder the country has become the first port of call for foreign investors entering the European market, delegates heard at the PropertyEU Germany Investment briefing, which was held in London on Friday at the City offices of TH Real Estate.

‘I have just come back from three weeks meeting investors in Asia and the Middle East and for the first time there is a real interest in deploying capital Europe and in particular in Germany, which is seen as a safe haven,’ said Audrey Klein, managing director institutional clients, Corestate Capital Group.

‘People are staying clear of the UK now, because it is the hotbed of uncertainty, not so much over Brexit but over what happens after Brexit,’ she said. So sovereign wealth funds, institutions and other investors that are coming to Europe for the first time now head straight for Germany instead of the UK.

‘We have seen a definite shift,’ said Carsten Kohlmann, managing partner, Waterway Investments. ‘International investors used to look at London first, then Paris, but now they look at Germany first.’ There is also a wider spectrum of investors looking, he said, companies and institutions as well as family offices and private money.

‘There has never been such interest in German real estate in all the many years I have been in this business,’ said Thilo Wagner, director of investment, TH Real Estate. ‘It is a golden age for the German economy and we cannot see any signs of change ahead this year or the next.’

The office sector will continue to perform well, with rental growth of 2% a year expected in Munich and of 3% in Berlin over the next five years. ‘The increases are sustainable because growth was long overdue and German office rents are still relatively low. They do not reflect the cities’ economic power.’

Berlin, for example, has seen steep increases, but in the European price rankings it sits between Lisbon and Amsterdam, well below Paris or London.

‘Now there is a government we have stability, which is what markets want, the economy is doing well and there are are positive rental growth expectations, but prices have never been so keen,’ said Wagner. ‘Germany has become the most expensive market in Europe in relative terms.’

The positive picture for Germany is marred by two issues: one is high prices, compounded by competition as too many domestic and international investors chase increasingly scarce product. The other is a sense of impending danger, a feeling the cycle is about to end.

End of the cycle blues

‘People are looking for more secure investment strategies because they are aware that we are at a late cycle stage,’ said Christiane Conrads, head of German real estate desk, PriceWaterhouseCoopers.

‘We are approaching the end of the cycle and more volatility is coming to the market, which is a sure sign that a correction is coming, most likely from abroad,’ said Nikolai Deus-von Homeyer, managing partner, NAS Invest. The fundamentals in Germany are strong, but the market can be affected by problems elsewhere, leading investors to adopt a wait-and-see attitude.

Banks are adapting their strategy, said Markus Beran, head of origination international investors, Berlin Hyp: ‘There may be a correction ahead, so we assess credit risks differently than we did earlier in the cycle and we have a more selective approach.’

Wagner is sanguine about the market’s prospects: ‘Our calculations are that even if there were to be a recession in Europe Germany would be resilient. CEE, the UK and Southern Europe would be the most affected, but the consequences for Germany would be extremely limited.’

‘We are betting on green bonds’: Markus Beran, Berlin Hyp 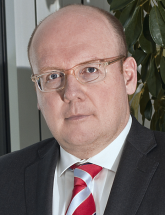 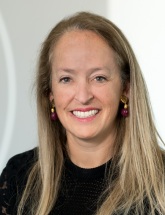 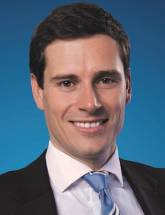 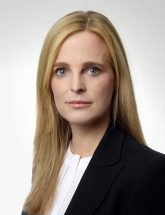 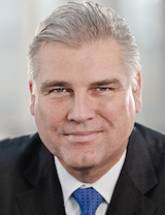 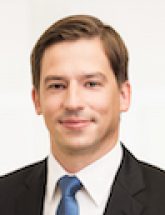