‘A lot of activity in the Iberian market’

There is plenty of activity in the market in Spain and Portugal despite the crisis, delegates heard at Real Asset Media’s Iberian Market Update briefing, which took place online recently.

‘The main message is that life has carried on,’ said António Gil Machado, Director, Iberian Property. ‘Investors have continued doing acquisitions and so far in 2020 there have been over 100 deals done’.

The market has been active, with 83 deals sealed between January and the end of March and a further 22 since the beginning of April, across all sectors from resi to retail and in different cities from Madrid to Seville and from Lisbon to Santander.

‘The numbers prove that the market never stopped,’ said Gil Machado. All details of the deals can be found on Iberian Property’s platform, which has a comprehensive data bank as well as market reports and in-depth research.

Investment volumes were €4.9 billion in the first quarter of the year, €1.5 bn of which in Madrid, €1.3 bn in Portugal and the rest in other regions of Spain.

Sources of capital are increasingly diverse, said Gil Machado: ‘We are getting family offices, Chinese institutions, Brasilian private investors, Turkish and Iranian capital and of course US and UK money, which always had a presence and continues to do so’.

On the lending side the situation has changed, as during the state of emergency the banks have had to focus on providing credit to small businesses to cushion the impact of the cororavirus crisis on the economy. ‘There is more caution and rules are more stringent, but real estate finance is not stopping,’ he said.

Spain and Portugal are bucking the trend during this crisis. The two sectors that have been worst hit by the pandemic in the rest of Europe – hospitality and retail – are the ones that are attracting the most attention from investors in Iberia.

‘There is a lot of activity in the hotel industry,’ said Gil Machado. ‘There have been 15 deals across the region, islands included. There is a normal level of investor interest, because they know that over the long term tourism will grow at double digits again’.

One example is the recent acquisition by Portuguese holding company Palminvest of the Hotéis Real portfolio of 12 hotels for €300 million.

There are rescue plans for the sector in place in both Spain and Portugal and both countries will return to being ‘tourism superpowers’, he said: ‘This moment could be seen as a huge opportunity for investors to buy distressed asset at a discount’.

Investors know that ‘in order to be a serious player in Iberia you have to be in the hospitality industry,’ Gil Machado said, because the tourism sector is key to the Iberian economy.

Iberia also breaks ranks when it comes to the retail sector.

‘I know that retail has a bad image elsewhere in Europe, but in Iberia it has always been a sector that has performed strongly and it continues to do so,’ he said. ‘In both Spain and Portugal there is a long-standing tradition of going to shopping centres’.

Consumer preferences are not changing and this is fueling interest in the retail sector. Big deals are still being done, such as €525 million Sierra Prime deal, a Sonae Sierra portfolio of six shopping centres, with Allianz Real Estate among the buyers.

Presentation and TV Reports From May 14 2020
All presentations All videos
Iberian Market Update, May 2020: ‘Over 100 deals so far in the Iberian market’ 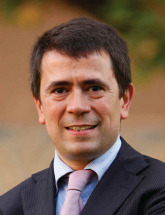 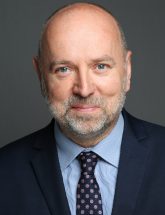