The logistics sector has gone from zero to hero in a few years but its success story is by no means over, panellists agreed at the PropertyEU Box clever: e-commerce and the future of logistics, which was held at EXPO REAL in October.

‘The European logistics sector has gone beyond its teenage years and has now entered adulthood,’ said Dirk Sosef, vice-president, research & strategy, Prologis. ‘But it is definitely not mature yet, it still has a long way to go.’

A new survey by CMS shows confidence is high, with over 90% of real estate professionals in Europe expecting demand for logistics to continue to grow in the UK and in Europe, and 74% stating it is their favourite sector.

‘Logistics has a lot of room to grow in Europe,’ said Clare Thomas, partner, CMS. ‘Demand is strong, especially for urban logistics, and there is such a lack of space that developers are being more creative, going into basements and carparks.’

Europe has on average 2.5 m2 of logistics space per household, while the US has three times that amount, so there is a need for more space. Demand supports development, but there are problems in finding land and in obtaining the necessary permits.

‘There is a critical scarcity of land,’ said Anthony Butler, CIO, Delin Asset Management. ‘And in many European countries there is a real push for stricter rules on greenfields. In Holland, for example, municipalities are raging against spec development.’

The lack of space makes development necessary but caution is needed, warned Hans Vrensen, European head of research & strategy, AEW Europe: ‘We need new supply, especially as some stock in the market does not serve the needs of modern logistics. But we must also remember that traditionally over-supply has spoilt the logistics market.’ A difficult balancing act is needed.

Strong demand and lack of supply are leading to rental growth, panellists agreed. ‘The European market has lagged behind the UK in terms of rental growth but now it is being transformed,’ said Butler. ‘We are accessing markets that we believe have a lot of potential for rental growth.’

In Germany, the Netherlands, the UK and Czech Republic the combination of high demand and lack of space and land will now lead to rental growth, said Peter Kunz, head of Industrial and Logistics EMEA, Colliers: ‘There is no space available, no stock, no land to be had from Benelux to Germany to the UK. It is a very good environment for a long-lasting development of the sector.’

The two most pressing issues for the sector – lack of space and shortage of workers – will become even more problematic for the UK after Brexit, said Thomas.

‘One of the issues with Brexit is that 90% of logistics workers in the UK are not British but come from EU countries,’ she said. ‘It will be interesting to see whether the UK retains its position as the top retailer in Europe.’

Brexit will inevitably lead to temporary disruption in the sector but might have some positive aspects as well, said Vrensen, in leading to more demand for warehouses and logistics assets in the UK.

‘Most UK consumer goods currently come from the US and Asia into EU ports and then travel on a truck to the UK,’ he said. ‘After Brexit the ships may have to go directly to the UK, so British ports may be much busier in future. There could be a reshuffling of the supply chain that might be painful and disruptive but it will lead to a few business opportunities.’ 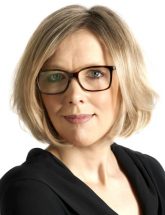 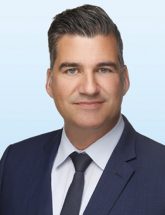 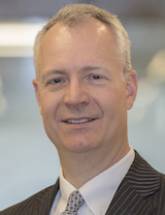 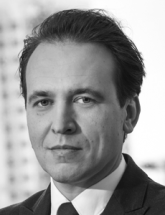