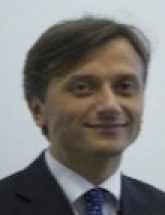 Prior of this experience Salvatore has been partner in Cordea Savills LLP where he joined the team as Head of Investment with the responsibility for the investment and asset management team in Italy.

In Cordea Savills LLP Salvatore has been member of the Transaction Advisory Committee overseeing all European Investments.

Before joining Cordea Savills, Salvatore has been part of the team of Pirelli Real Estate.

Here Salvatore has held a number of roles at Pirelli Real Estate since 2002.

In 2008 he became responsible of the Residential Department of Pirelli Real Estate overseeing the residential investment in Italy.

From 2002 to 2008 Salvatore was responsible for implementing the business model of Pirelli Real Estate in Central and Eastern Europe in joint venture with Unicredit Group.

This role had a particular focus on Poland, where he was responsible for the acquisition of a local development company, entering into a wider joint venture, setting up an investment, agency and project management departments. Salvatore also has experience of working in Romania and Bulgaria, having set up joint ventures with Unicredit in both countries.

Previously Salvatore was based in Milan and worked on various asset management and investment projects for the partnership with Morgan Stanley Real Estate Funds, including the setting up of the Pirelli Real Estate SGR.

Salvatore has started his experience in a Construction Company. After his degree in Civil Engineering, Salvatore made a full MBA in Bocconi.