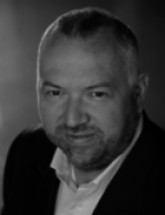 Paweł Dębowski is a partner in Dentons’ Warsaw office and Chairman of the European Real Estate Group which forms part of one of the largest cross-border real estate teams in the world, with nearly 600 real estate professionals operating in more than 75 offices around the world.

Paweł is one of the most widely recognized and respected real estate M&A and investment professionals in Poland and Central and Eastern Europe. He represents numerous institutional clients, including investors, developers, lenders, construction companies and occupiers. He has unique expertise in the office and retail sectors. In professional practice for over twenty years, Paweł was involved in structuring real estate investments in Poland back in the early days of the free market economy.

Paweł’s outstanding and sustained contribution to the CEE real estate sector has resulted over the years in multiple recognitions as the leader in this field. Chambers Europe legal directory rates him as a Band Star. It lauds Paweł as “a brand of his own”. He is singled out as “one of the icons of the market,” and “a very technical, robust lawyer,” whose “reputation speaks for itself.”

Paweł is repeatedly recommended as a leader in the field of real estate law by both Polish publications (namely Forbes and Rzeczpospolita) as well as other international legal directories and guides (such as The Legal 500, Best Lawyers, European Legal Experts or Who’s Who Legal). In 2013, for the second time, he was named Professional of the Year at the CEE Quality Awards organized in cooperation with the Financial Times.

Prior and Present Employment

8th – 9th November: The CEE Summit 2018
Upcoming events
All events
GET IN TOUCH