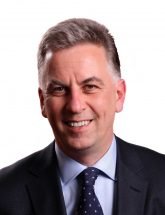 Marek Matraszek was born in the UK and studied at Magdalen College, Oxford, where he graduated in Philosophy, Politics and Economics in 1984. Following a year in Poland teaching at the Catholic University of Lublin, he returned to Magdalen to obtain a Master’s degree in Russian and East European Studies in 1987. He then continued his studies at Oxford, reading for a doctoral dissertation.

Marek moved to Poland in 1990 as a freelance political consultant, and worked closely with both the British Conservative Party and the US Republican Party in assisting their activities in Central Europe. In 1992 he was appointed to represent the Margaret Thatcher Foundation in the region, and continued to be active in political journalism and think-tank work in Central Europe.

He co-established CEC in the early 1990s as the first Western-style public affairs boutique consultancy in the region, and since then has grown the Warsaw office of the company into the leading public affairs and political communications agency in Poland. Today he specialises in designing and implementing strategic communications and lobbying campaigns for major US, UK and European multinationals in Poland, and advising on their political strategy in the Central European region as a whole. Although his experience stretches across most industrial sectors, he has a special expertise in defence, aviation and energy, and currently advises leading Western defence companies on their strategic campaigns in Poland and the region.