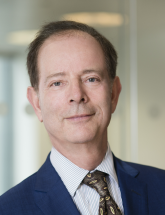 Jean-Bernard Wurm has extensive experience in the European and American property market as a real estate investment banker and private equity investor.

Jean-Bernard Wurm’s professional experience combines commercial and investment banking in both the U.S. and Europe, with JP Morgan in Paris, Frankfurt and New York, Bankers Trust / Deutsche Bank and HVB Capital in New York. He was Managing Director in Geneva of Jargonnant Partners, a European fund based in Luxembourg.

Jean-Bernard has participated as a speaker at various conferences, including MIPIM. GRI and ULI.

He graduated with distinction from the Institut d’Etudes Politiques (Sciences-Po), Paris, and also holds a degree in economics from the Sorbonne, and in German from the University of Paris-Nanterre.

The CEE Summit 2020
Upcoming events
All events
GET IN TOUCH