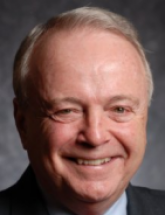 Doug Culkin, CAE, is President and CEO of the National Apartment Association. Culkin earned his Bachelor of Arts in history and political science from Northeastern University, Boston, and a Master of Business Administration in finance and investments from The George Washington University, Washington, D.C.

Culkin has spent 30 years in senior association executive positions. He spent six years as Vice President of Finance and Administration with the American Society of Travel Agents. Culkin spent his next 10 years as CEO and Executive Vice President of the National Association of Professional Insurance Agents.

Culkin joined the National Apartment Association in 1999 as Executive Vice President and was named President in 2005. Under his leadership, NAA has grown from 24,000 members to 67,000 members and from a budget of $4.5 million to $30 million.

During his tenure, the NAA Education Institute (NAAEI) was formed, and Culkin was actively involved in the $5.6 million fundraising effort utilized to fund the Institute’s goals and objectives. He serves on both the NAA Board of Directors and the NAAEI Board of Directors.