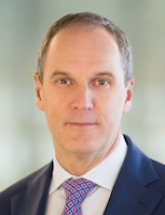 David has been at LaSalle Investment Management since 2001. During this time, he led the acquisition team for Northern Europe and then the Continental European Acquisitions team. David has carried out acquisitions across the Continent, in all commercial sectors and ranging from core to development Joint Ventures. He was CIO, Continental Europe since 2016 till 2018 and was responsible for the strategies and selection of all fund investments in Continental Europe.
With the full acquisition of the fund management of the Encore + by LaSalle in 2018, David Ironside took over all responsibility as Fund Manager of the Pan-European flagship fund.Prior to joining the LaSalle Group, Mr. Ironside spent four years at Real I. AG, a subsidiary of the Bavarian Landesbank. In this role he had been in charge of acquiring properties in the USA as well as major European countries such as France, Belgium and Spain for various investment purposes. In addition, he was responsible for supervising the German acquisition team.
Previously, David Ironside worked 7 years for JLL in Germany. During this time, he has acquired a detailed knowledge of the German real estate market.

David Ironside holds a Bachelor of Science (B.Sc.) in Land Economics with Commendation from Paisley College of Technology’s. He is also a member of the Royal Institution of Chartered Surveyors (M.R.I.C.S).

´Money is coming for the long term´: David A. Ironside, LaSalle Investment Management

Investment in a changing...

Investment in a changing Europe – opportunities in Scotland
Munich, DE