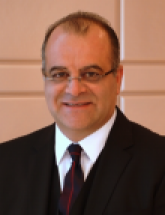 In 2003, Anthony KHOI became a partner at Aerium. His role involved him serving as a Managing partner and a Head of Aerium’s investment in retail projects in several countries in   Europe. He has also contributed as the Board and  the Investment Committee member.

Since 2005, Anthony has been the President of AERIUM Turkey. He is also the President of RETFUND and CEFIC, leading Turkish companies in shopping center development, leasing and property management and subsidiaries of the group.

Anthony KHOI is Co-President of the Harvard Business School Alumni Real Estate Association in France. He is also a representative of the HBS Alumni Reunions Chair. Over the past few years he has won several awards and was named “Revolutionary CEO of the Year” in Turkey in 2010 for his business acumen, achievements and visionary leadership skills. He was also recently nominated by REurope Magazine, a “Visionary Developer” of the year for 2011 in his capacity as President of AERIUM Turkey.

He is the founder of several associations and foundations such as AYD, the Council of Shopping Centre Investors in Turkey, representing over 190 members. He currently fills the role of head of AYD’s Cultural and Social Responsibility Committee. He is an active charity worker and responsible leader in his community.

Presentations and TV Report
Turkey – The rising star of the East

Turkey Investment Roundtable
Upcoming events
All events
GET IN TOUCH