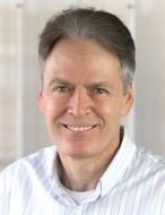 PLAYTIME didn’t start as a well-developed brand — we just wanted to create well-made, imaginative play environments because we saw the need for it in retail markets. Although PLAYTIME initially offered amenities for retail locations, we noticed that there was a growing demand for something more interactive and nurturing to the child’s imagination, and more convenient for the parent.

Thus, PLAYTIME pioneered the concept of indoor play, installing its first play area in the Cherry Creek Mall, in Denver, Colorado, in 1998. This accomplishment was the beginning of many firsts.

20 years and thousands of hand-crafted, uniquely-designed play areas later, PLAYTIME has become the commercial standard for businesses that want a distinctive family experience that can drive sales and build brand image. We don’t take this honor lightly and are continuously looking for newer and better ways to improve.

2001 was a big year for PLAYTIME, where we installed the first of 55 Westfield Play Towns and installed Picture People photo booths in 46 different locations. We also installed play areas across the U.S., including California, Texas, Florida, North Dakota, Kentucky, and Ohio.

We gained so much credibility that McDonald’s hired PLAYTIME to build a play system for them in 2002. We now offer McDonald’s PlayPlace® solutions nationwide.

In 2003, we took it outside with our first outdoor play area in Peoria, Illinois, which was sponsored by Caterpillar. We also installed our 100th PLAYTIME play area in Destin, Florida, which is a great family vacation spot.

We were called to install play areas in fitness buildings, Major League Baseball parks, and water play areas. Then in 2010, we installed Kidstoria in Seoul, South Korea, which was named the largest indoor theme park in the world (according to The Guinness Book of World Records). It was so popular that it reach 1 million visitors in its first year and we were asked to increase the theme park to 13,000 sq. ft. in 2011.

And we keep on growing! We are now in Australia, Turkey, and Russia and work with companies like Burger King, Build-A-Bear, and The Learning Experience.

Our humble beginnings remind us how to stay humble, but PLAYTIME is very excited to see our company grow while helping other businesses thrive. We have a lot of new, exciting, innovative ideas to reach even more children and businesses in the near future.